Celebrating Diversity Across Canada… Hooray My Series is Finished! 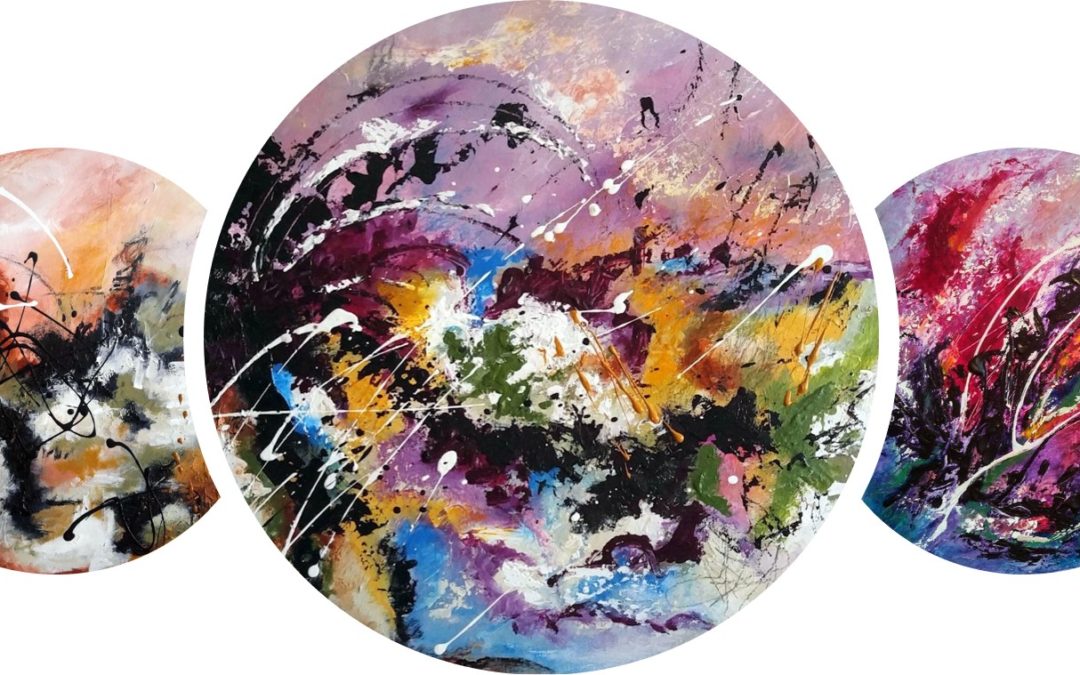 It’s been over a year in the making, longer by several months than I had planned, and I had many moments of wondering whether I had anything creative left in me to finish this big project. But, here before the month is out, it gives me such immense pleasure to announce that the Canada Legacy Series of paintings is finally complete!

In a moment of great inspiration in the fall of 2016 I came up with an idea to explore diversity across Canada by weaving together painterly stories of our past, present and potential across territories and provinces to celebrate a full expression of the truth and beauty of Canada.

My plan with the Canada’s Beautiful World project was to take nine months to explore each of the territories and provinces; it’s history, culture, peoples, arts, and stories, and connect with the land and spirit to create paintings dedicated to expressing a voice, values and lessons each of us brings in creating a new frontier.

I had traveled in seven of the ten provinces and looked forward to reconnecting with them and virtually exploring the rest of Canada, as I began though, I quickly discovered that the scope of the project was much bigger and more time consuming than I anticipated.

The first several pieces I dove into a great amount of research and then had to find a way to distill what I learned into my impression of each of the territories and provinces. As time went on I realized that to continue with the amount of research I was doing it would take me more like two years to finish painting these thirteen pieces.

The history was fascinating, the diversity so much more diverse than I could have imagined from the indigenous peoples to those who immigrated from other places far and wide. The landscapes, scenery, arts and culture so abundantly rich and beautiful, sometimes utterly breathtakingly stunning.

Of course, there are the harsh sides, those that pull on the heart and made me want to wail in pleas and protests, which included environmental issues and global warming challenges that are greatly impacting the way of life in many places, though in the urban areas we are so largely unaware.

The making of ‘The Secrets of the Great Bear Sea’ for British Columbia, for example, was dedicated to bringing attention to the threats of the proposed oil pipelines through these waters, and the impact it poses to the whales, birds, seals, fish and ecology along the coastline and beyond.

In the territories, I was moved to overwhelming concern about the effects of global warming, as the indigenous peoples are speaking out about, though who is listening. Their winters growing warmer, the ice disappearing, the winds over the past couple of decades have actually changed direction. The winds have changed direction! It might not mean a whole lot to the rest of us, but to them this is a huge concern for survival. They can no longer make accurate predictions in weather patterns or changing seasons, and it affects their tracking and hunting so vital for their livelihood.

The polar bears are forced inland, as I discovered in not only the territories, but also in Manitoba, ‘Where the Polar Bears Reign.’ In Churchill, Manitoba – the thoroughfare to the seas for the bears, there are great numbers of them having to scavenge in the urban areas, in the dumps, anywhere they can search for food that is no longer available to them because of the receding islands of ice where they would normally live and swim and hunt.

Now, in this place people live with the real danger everyday of being attacked by a bear, so they are forced to change the way they live, having to travel in groups, staying indoors to stay alive. Children can no longer feel free to go outside and play, in fact, for Halloween their trick or treating door-to-door is restricted to a night in at the community centre. Table-to-table instead.

There is so much that is extraordinarily beautiful to behold, but I was also becoming weighted down with angst and depression at times, and with the amount of research going into each piece to prepare me for making the painting, I made the decision to alter my approach.

My research scaled back and instead I kept my ears, eyes and heart opened for what beauty, story or culture would draw me in with a desire to experience it somehow, and then give it voice through brush and paint to abstract representations on wooden panels.

Brushes. Palette knives. Chop sticks. My fingers. These were the tools I used.

West to East, first from the North through the territories and Nunavut, then through the provinces from British Columbia easterly across the nation wrapping up in Newfoundland and Labrador.

What a journey it has been. New discoveries to memories revisited.

In the making of ‘The Princely Isle,’ (Prince Edward Island PEI) a long-forgotten memory came bidding up unexpectantly when coming across a photo of the typewriter Lucy Maud Montgomery used to write her Anne of Green Gables series of books. I remembered, in a hazy recollection, seeing this very typewriter when I was nine years old, just shy of 50 years ago, and suddenly realizing that there were people who wrote the books I loved reading, loving the slinking away and slipping into other worlds. It might have been in that moment of realization that the yen, the yearning, the calling to write was born. The calling that would seek me and find me time and again, until I could no longer live or breathe without it.

To finish up the series in Newfoundland and Labrador was pure delight. ‘The Rock Stands Out,’ from ancient metamorphic rocks and glacial fjords to the quirky, slightly off-kilter and many dialects of English, where storytelling is their way, I fell in love and put this place I’ve yet to visit on my bucket list. I swooned in the echoes of their own way of living and the stories being told, so their forgetting never happens.

THE ROCK STANDS OUT Newfoundland and Labrador

It would be a vision fulfilled to see this entire Canada Legacy Series find a building for its home, hung together in celebration for our nation, past, present and future. If you know of such a place or have any thoughts or ideas, please do send me a note.

In the midst of a physically challenging January, with a cold being passed back and forth plaguing our home, somehow the inspiration, motivation, drive and energy compelled me to make my way into the studio, to forge ahead and open the floodgates for the creative flow that would bring the project home to completion.

Despite the artist block that plagued me like no other in my years of painting, I am filled with good measure of gratitude and fulfillment in this undertaking. I am richer for it, for all that I’ve learned, experienced, and created. I am filled. And, I am pleased with the artworks and my growth as an artist and as a writer finding my voice.

I am so very grateful to my husband for encouraging me, helping me to keep the focus, and for reminding me I can do whatever I set out to do.

I am also very grateful for all of you who cheered me on over the past year and wrote encouraging words that inspired me to keep going!

Most especially, I am grateful to God for giving me the gift of writing and painting, to express my heart and soul and all that he made me to be, through the way of words and colour.

May the long-time sun of dreams and purpose and calling be found in each one of us. May our destiny find us willing and ready. May courage strike a chord in all of our hearts that we may be filled to the measure, through our grit, and slings and arrows may our home find us in a deep abiding joy. 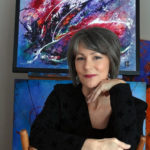